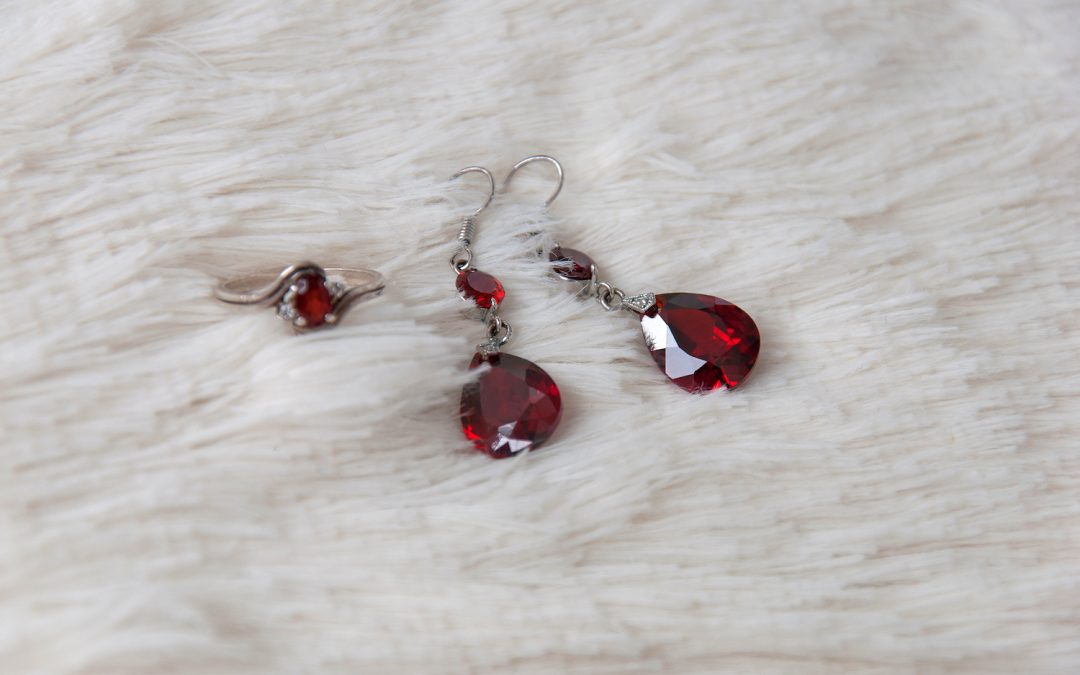 If you or someone you love was born in January, a beautiful piece of garnet jewelry is the perfect gift. These vibrant gems come in every color under the sun, but they are best known as being deep red. Red garnets may be one of the most common gemstones, but that does not mean that they are not majestic. Here is what you need to know so you can pick beautiful garnet jewelry in Sunrise for a special January birthstone piece.

What to Know About Garnet Jewelry

Red garnets are found in metamorphic rock all over the world. They can occasionally come from igneous rock. The word garnet comes from a Latin word for seed. This word was later influenced by Old French and Middle English. They have been a symbol of power and good fortune in a number of cultures.

Garnets come in at least twenty categories or “species.” Only some of these are used as gems. Some of these species include andradite, pyrope, almandine, grossular, spessartine.

Green garnets are very rare. There are also orange garnets and purple garnets. Blue is the rarest color for garnets. Much like alexandrite, in some cases, changes in color can be observed in garnets. These all have the same basic crystal structure, so what distinguishes them from each other is the chemicals present.

Like other gems, there is a range of light transmission ability seen in these gems. They can be very clear or more opaque. Often, the opaque variety is used in industry for its abrasive properties. Garnets usually are around a 6 or 7.5 on the Mohs scale. This makes it harder than orthoclase and softer than topaz.

How to Select a Quality Garnet

Almandine is the most common garnet available in jewelry. Similar to other gems, you can evaluate your garnet using the 4 Cs: cut, color, clarity, and carat. Gems with brighter colors tend to be the most valuable garnets. The color can often impact the clarity, since red garnets tend to be clearer than orange garnets.

To Find the Most Beautiful Garnet Jewelry in Sunrise, Shop at Matthew’s!

At Matthews Jewelers, we pride ourselves on offering some of the most perfect garnet jewelry in Sunrise. Our goal is that every customer leaves with a beautiful piece of jewelry that they love. Stop in to our local jewelry store soon to pick out the perfect piece!