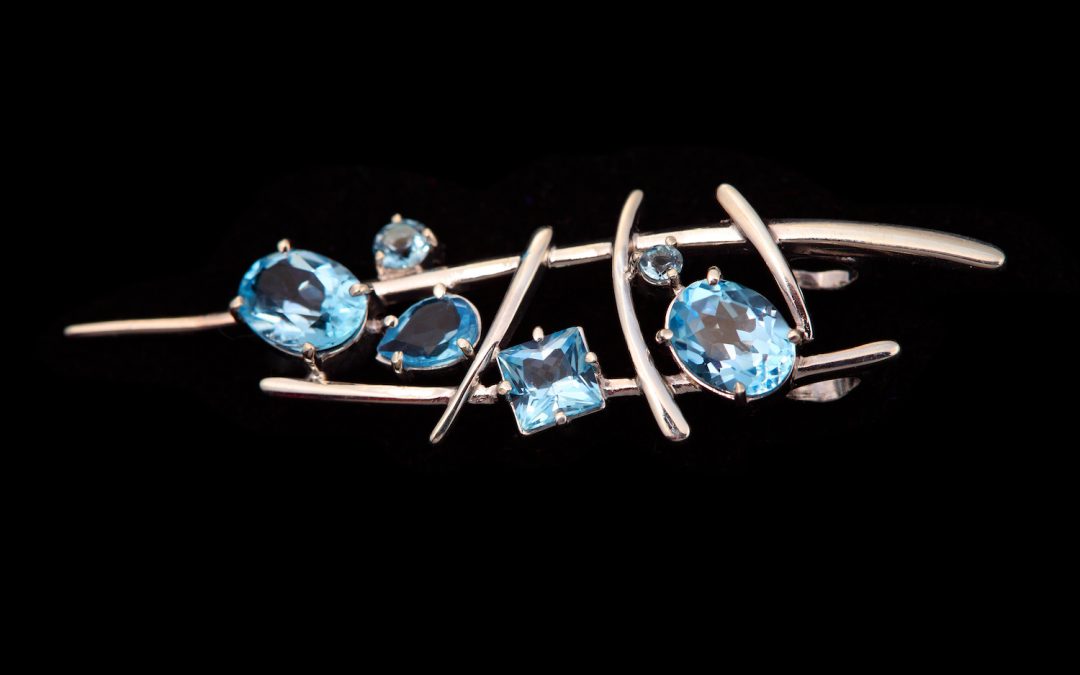 When deciding on a birthday gift, jewelry is most often the first thought. If you’re shopping for a December birthstone jewelry gift, blue topaz is stunning! Here are some interesting facts about this amazing stone!

What Is Blue Topaz?

Blue topaz can be found in nature but it’s rare. This stone typically gets its color in a lab from irradiating and then heating a clear topaz. It’s a hard and durable stone that rates an 8 on the Mohs scale.

A natural blue topaz found in nature is a pale blue. It also becomes darker through the irradiation and heating process. A natural stone ranges in color from a pale sky blue to a darker, blue-gray hue.

This December Birthstone Jewelry Has a Long and Interesting History!

This stone has been in existence for centuries. Some say it was discovered by ancient Romans. Though the origin of the name is Sanskrit for fire. Egyptians associate the blue topaz with a sun god, and it’s thought that this god poured his power into blue topaz.

It is also thought that blue topaz has healing properties. It is believed to bring about wealth, clarity, and peace. In medieval times, it was believed the blue topaz was so powerful it could break spells! In our modern times, you’ll notice aristocrats and celebrities love the brilliant blue of the topaz, and the stone is often worn by royalty and celebrities.

Our staff is ready to help you select the perfect piece of December birthstone jewelry! If you prefer to design your own custom topaz piece, we’ll help with that, too! Give us a call at 954-424-2120 today, and let’s find the best blue topaz gift for your loved one or treat yourself!